“…wherever the people are well informed they can be trusted with their own government; that whenever things get so far wrong as to attract their notice, they may be relied on to set them to rights.” – Thomas Jefferson

When Biden becomes President, he must not pardon Trump without a public trial. Americans must know the extent of his crimes before any pardon is provided.

It is traditional from the incoming President to pardon the previous President for misdeeds committed. There is a monstrous political struggle that happens around the Presidency. Mistakes and stumbles get exaggerated for political purposes; and it makes the office holder seem much worse than he actually is.

So, the incoming President usually pardons the outgoing President “to preserve the dignity of the office and the unity of the country.” But Trump’s numerous offenses include crimes against humanity. Crimes against humanity are attacks directed against civilians such as dehumanization, deportations, extrajudicial punishments, kidnapping and forced disappearances, unjust imprisonment, political repression, racial discrimination and other human rights abuses. 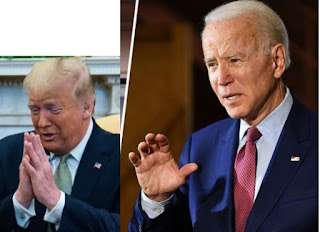 Americans need a public trial of Trump to realize the extent of his crimes. They need to be properly informed so they can understand what happened under Trump’s watch. Only then can we pardon his crimes while in government office (but not any personal business or civil violations).

1) Trump contradicted the medical leaders to minimize coronavirus, leading to tens of thousands of preventable deaths. By his words and example, even in the face of ever-increasing deaths, he encouraged people to ignore governor's mandatory masking directives to stem transmission of the disease. Evidence of his criminal wrongdoing: The USA has the worst record of cases, hospitalizations and deaths in the world.

2) Trump directed separating children from their parents at the border, which he stated was to scare away others seeking asylum. Every psychology professional in the world will tell you that child separation from parents causes Reactive Attachment Disorder, which results in lifetime suffering with delayed physical growth, delayed learning, and challenges in school that lead teens to drop out of school, and display delinquent or antisocial behavior. Trump’s harmed innocent children for life.

After holding a public trial so Americans can grasp his crimes, then perhaps Biden could pardon Trump, but only for his actions in government office, not for his private transgressions as a civilian.

Posted by Christopher Aune at 9:58 AM