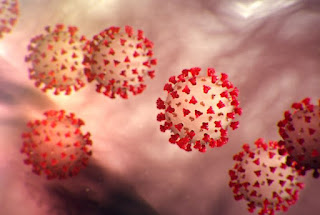 Here are some things you probably don’t know about COVID-19, simplified from a statement from Kat Storti quoted in the Tom King blog https://wsau.com/blogs/tom-kings-blog/54/its-not-just-the-flu/.

COVID-19  is different from seasonal flu. Flu is an “all human virus,” it transfers from humans to humans every year. Because it comes around each year, we have some natural immunity to it. Additionally, we have a flu shot that helps us acquire immunity and strengthen it. Natural and acquired immunity.

Not so for COVID-19. We have no natural immunity to it, and there is no vaccination yet.
COVID-19 doesn’t just stuff up your sinuses and lungs; it eats the lungs.

COVID-19 is a “novel” virus, which was previously only in animals. When a novel virus makes the jump to humans, it becomes a problem because we have no natural or acquired immunity to it. We’ve never been exposed to it before, and there is no vaccination shot for it. We are totally unprepared for its assault on our bodies.

Initially, such a mutation only transfers from animals to humans, so we only get it from an infected animal. Eventually, it mutates so it can transfer from human to human. When that happens, human beings carry it all over the world, and we have a contagion.

COVID-19 made the jump from animals to humans in December 2019, and in JUST TWO WEEKS it mutated again to jump from humans to humans. This ability to mutate quckly is what scientists call “slippery.”

Besides becoming more contagious among humans, COVID-19 also changed to cause great damage to human lungs. That’s why it’s different from flu: It’s a lung eater.* It’s already mutated AGAIN; so there are now two strains, which makes it twice as hard to develop a vaccine. Who knows what happens if it mutates again?

(*Actually, the disease has a more complex progression, but the worst-case end result is that the lungs get eaten up. Read this for a more detailed explanation: https://www.bloomberg.com/news/articles/2020-03-08/coronavirus-nears-fatal-tipping-point-when-lungs-are-inflamed.)

NOTE: I don't know who the hell Kat Storti is. Tom King did not include credentials when he referenced her in his post.

Posted by Christopher Aune at 4:23 PM