Does the Law of Attraction really work?

Of course, it does. And everybody is always using it whether they realize it or not. But how can you make it work for you? That can be a challenge. Yet a little study and a little practice, and you can do it. 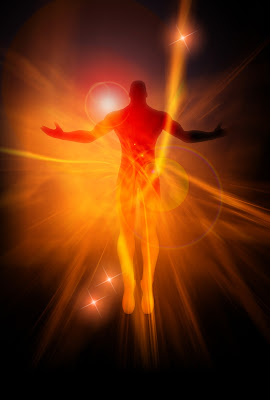 For example, everybody has experienced that, when they buy a car, they start noticing the same make, model and color on the road everywhere. That’s the Law of Attraction working on a very fundamental level. This basic instance is simply your mind being focused on – pleased with – your new purchase. So, your eyes become vigilant to see what you are meditating on. Yes, you are meditating: You are thinking and feeling positive about this object. So, you see it everywhere.

The same thing happens when you apply the Law of Attraction consciously. You think about some object or circumstance, and you feel the wonder of it as though it already exists; and pretty quickly you start noticing little instances of that object or circumstance. That can grow into the reality of it appearing into your life.

The universe is filled with energy: The universal energy field. It’s everywhere, in everything; and even exists in the emptiest parts of outer space. Energy is always vibrating, waving, flowing, spiraling, and spinning in vortexes. These vortexes naturally pair up in double helixes (the shape of DNA). The forces inside the double helix sucks energy down its middle and concentrates it. Concentrated energy becomes matter. Now, that’s simplistic, but it’s a story of explanation, not science.

Now, let’s shift perspective from the fantastically vast to the inconceivably small. Scientists have been teasing out and identifying the tiniest particles, called quantum particles. These are the particles that make up the protons, neutrons and electrons in an atom. Quantum particles are so small that, if one was the size of your index finger, the energy field surrounding it would extend all the way out past Jupiter. It takes three of these particles to make a proton, and three more to make a neutron. These things are tiny!

But more to the point, they take up vast amounts of space by virtue of their energy fields, which are empty of matter except for the miniscule particle. That’s a lot of space. You probably heard your teacher talk about how an atom is mostly space. When we touch a table or chair, it is actually just the energy fields resisting each other. They’ll tell you that we don’t really exist, because we’re more than 99.99999% space. But I want you to realize that all that space is filled with energy.

The entire universe is full of energy, including the energy that makes you. And the energy is always moving. You were expecting certainty? There is no certainty. Everything changes all the time.

Now, that brings us to meditation. We do meditation to help us recognize that there is no certainty. The point is that, we create mental constructs about what we think is real, so that we can have something firm to understand. But that is all illusion. We are energy beings, and energy is always flowing through us and around us and between us.

Some masters will tell you that nothing is real. This is why they say that. At its most fundamental, the physical part of reality is virtually non-existent. Reality is a vast amount of space filled with energy. You need to contemplate this for the next nine months to just get a clue as to how fluid and uncertain reality is. Just give up all your expectations and thoughts and feelings about thoughts. Empty yourself of all mental constructs and illusions. Vacate the lie that the universe is physical. The physical part is insignificant compared to how much energy there is.

So, that’s the first part of this: Belief. You can believe in a physical universe, or you can learn to work with the Law of Attraction, which is all about energy. Energy moves to create circumstances. Energy condenses to become matter. Matter is energy. E = mc2.

For more than 300 years now, our culture has formed around Isaac Newton’s version of a physical world, where objects are separate from each other and bounce off of each other like billiard balls. With the advent of quantum physics, we now realize that everything is made out of vibrating energy. As the famous theoretical physicist Richard Feynman said, “Everything jiggles.”

Energy condenses to create matter, but it is still basically vibrating energy. Since all matter is vibrating within a universal energy field, it is sending out waves into the field. Our bodies are doing the same thing, and even our brains and hearts are sending waves into the aether around us. The HeartMath Institute in California has done research that shows the brain and the heart each produce a certain amount of energy in the form of an electromagnetic field.

“The heart generates the largest electromagnetic field in the body,” according to HeartMath Institute Director of Research Rollin McCraty. “The electrical field as measured in an electrocardiogram (ECG) is about 60 times greater in amplitude than the brain waves recorded in an electroencephalogram (EEG).”

You may have noticed this when you’ve been alone in a room, and suddenly, you realize – without seeing or hearing anything – that another person has entered the room. The human body generates an electromagnetic field that interacts with others. That human field is energy extending feet beyond the skin. You extend beyond your skin.

In meditation, we can calm our brain and heart down to the point where we can sense this energy flowing through and around us. However, this high state of sensitive awareness is not the most astounding thing.

The idea behind the Law of Attraction is that, by bringing the heart and brain – feelings and thoughts – into a singular energy, human beings can broadcast energy waves that interact with the universal energy field. This creates a form or a coherent pattern for whatever we desire. That consciously held, coherent pattern then naturally draws the object or circumstance of matching energy frequency into our life.

You have experienced this unifying of brain and heart when you have “connected” with a person across the room. Human beings have been doing this unconsciously from ancient times without really realizing what we were doing. Now, we do so consciously with practice, with a pretty good idea of how we form our life – our circumstances – by holding our singular desire, by interacting with each other to magnify the energy, and painting that pattern in the universal energy. Amazing!