A chance at heaven 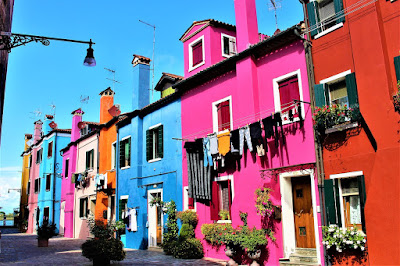 One day, the head of police came across a group of young men singing and dancing in the street. As he approached them, they fell quiet.

“What are you celebrating?” the chief asked.

One of them stepped forward and replied, “What are we celebrating! Look at the houses on this street! We have painted every one of them, and now it is a beautiful thing to see. We made this. And it makes us happy!”

The police chief knew their story. Almost two years ago, fourteen young criminals from two gangs were convicted of vandalism and injuring an old lady.

The judge sentenced them each to seven years in jail, with five years suspended if they painted every house in town.

At first, they would only fight, one gang against the other. But each day they were offered the opportunity to go out of the jail and paint. Pretty soon a couple of the men tired of the fighting, and went out to paint.

When they came back, they were sunburned, but laughing and telling stories about the homeowners they met, who had fed them a delicious lunch. Each day, a few more of the young men joined the painting program until all of them were going out together.

The men didn’t suddenly turn into saints, but they worked next to each other every day. In the process, one would tell a story of the hard life he had growing up. Then, a member of the other gang would tell a story of a greater hardship. At some point, they realized that they all shared a tough life as a kid. They understood each other.

As they painted, they would sing. After several weeks, every man knew at least a couple of the songs, and would join in. And they would synchronize their brush strokes according to the music. By the end of each day, they were exhausted but happy. Somewhere along the line they realized that they were no longer members of two separate gangs. Instead, they began to identify themselves as the Color Company.

After two years, they had painted six hundred houses. They looked back down the street and saw what they’d done. They began to sing together and to dance in the street. That is when the police chief found them.

“You know,” he told them, “when the judge finally lets you out, you won’t have any reason to sing and dance anymore. You won’t be forced to paint houses anymore. It’s really too bad.” He shook his head, turned and walked away.

The men were suddenly downcast. They hung their heads and began to walk to the sides of the street, where they sat on the curbs facing one another.

Soon, the chief of police and the judge received letters from the Color Company, signed by fourteen ambitious young men. They asked for the leaders’ support and recommendation, and that is what they received. Pretty soon the young men finished painting the houses of their town, and they were released. The continued as the Color Company, and traveled their whole region, painting houses in many towns.

After several years as the Color Company, individual members began to start their own businesses, which employed other wayward young men. The new employees were invited to join in the weekly meetings with the Color Company, and they became members of the organization.

This is based on a true story. But it has happened in places all over the globe. Small groups, when given a unifying task, have worked together to become successful leaders, and benefactors and defenders of the less fortunate. It is amazing what a few people working together can accomplish.

Posted by Christopher Aune at 7:57 PM No comments:

Email ThisBlogThis!Share to TwitterShare to FacebookShare to Pinterest
Labels: a chance, paint houses, Success, together, work

Why won't God help me? 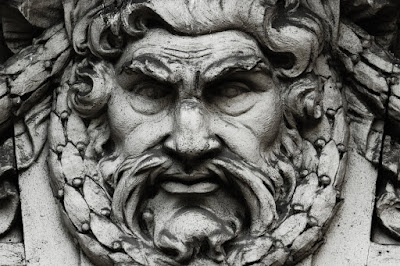 Perhaps you need to learn the nature of God and figure out how to work along with God? - I typed.

Well, Obviously, I can't do that within a small space, but I'll give you some pointers here. If it seems to fit for you, please PM me and we can talk more.

1. Know your self. Be your self. Always be honest no matter what.
a. Be prepared for people in your life to leave, and for new supportive ones to appear.

2. Be present - That is, practice centering your mind on here and now. 90% of suffering is either remembered pain or anticipated pain. By being present, you reduce suffering to 10%. You also calm yourself down, so you can become aware of the nature of God.

3. God's nature: God is Spirit. Correctly translated, spirit means literally "breath." When you breathe, both air and energy move. So, Spirit is literally "moving energy." Energy moves in waves, condensing and dispersing in density. These waves intersect in various ways and form patterns. (Imagine dropping two stones in a perfectly still pool. The circular waves go out from the center and intersect in a pattern.) The patterns become more sophisticated and create forms, some of which are physical.

Recall the beginning of Genesis in the Bible. Verse 2 says, "The Spirit of God was hovering over the face of the waters." The word "hovering" is a compromised translation because the translators couldn’t understand how the real word fit in that context. What it actually says is, "The breath of God was vibrating over the face of the waters." Literally, God's energy breath was making waves, and then every time he spoke (introduced structure in the form of a word), it made waves of a particular form.

We are living in the creation that God breathed. Our breath and the vibration we create interacts with God's creation. It forms our reality.

So, are you breathing desperation and neediness and sadness? Or are you practicing breathing (meditation and prayer), and your breath is full of love, truth and compassion?

Let me know if you'd like to talk. Blessings.

Posted by Christopher Aune at 7:10 PM No comments: